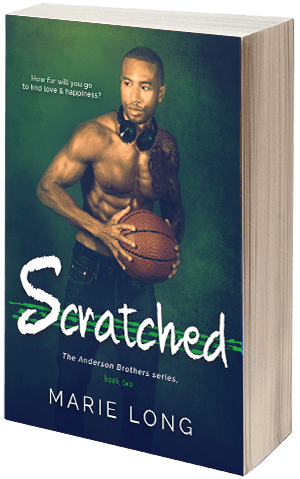 How far will you go to find love & happiness?
Twenty-four year old Kevin Anderson lost the opportunity to end his senior year at the University of Washington as the Huskies’ all-star point guard, and sought out one last opportunity to put his extraordinary basketball skills to use: by training for a chance at the pros.

But when he’s not on the court, Kevin has only two things in his life that gives him happiness: spinning records at the local clubs, and Trinity Brown.

Trinity attends almost every one of Kevin’s deejay gigs, but Kevin is uncertain if her love for him is genuine or a fangirl’s simple admiration. Kevin takes that chance and hopes that she will see beyond the celebrity persona. But when fall classes start up again, their busy schedules press their relationship.

Kevin doesn’t want to give up on her–on them. He hopes the happiness they had will rebound once more.

But when he learns the truth about Trinity, Kevin must decide if it is worth everything–and everyone–he cares about to save her, or forfeit this exhausting game of love.